I hope you all have been doing well.  I wanted to pop in for a short post to update you on something that has happened here at home.  I have been absent due to it.  All is well now so not to worry 🙂

Last month my one dog Gretchen (my German Shorthaired Pointer) had a very bad allergy attack.  It required an ER visit and a lot of medications and IV.  She had spiked a 106 fever which scared everyone.  We cleared that all up and she was thriving again until two weeks later.  She was out in the yard just being a doggie along with our Grand dog Daisy and our other pup Sadie (she’s the one with SARDS).  They were sniffing and digging and having a great spring.  Well, once the play had finished, I brought them in and noticed Gretchen’s muzzle, left eye and front feet began swelling and itching.  Her feet swelled to four times the size.  It was like she had gotten into Poision Ivy or Oak or ants but there was nothing there.  I had been right by the dogs the whole time.  No insects or vines were around that area.  Well, needless to say, she just got worse and worse very QUICKLY.  The itching was crazy and Benedryl wouldn’t touch it.  Her feet quickly became infected and she also began forming a yeast growth on the underside of her muzzle, elbows and also in between her toes on the front feet.  It spread within one day so off to the vet again.

I also noticed that Sadie was getting a strange black “something” growing on the edges of her lips.  She started itching and rubbing.  Sadie goes to an Integrative Veterinarian because of her SARDS.  This disease is an autoimmune disease and we are trying to keep her off of any steroids or antibiotics if at all possible.  Her vet does Nutritional Response Testing and that is an amazing procedure to watch.  He did the testing and found that she was reacting to fungus, bacteria and yeast.  Hmmm…..same thing Gretchen was having but in a much more severe case.  Daisy never had any reaction to anything thank goodness.

The situation has now been repairing itself daily and we are slowly getting back to normal here.  The vet feels like the dogs were exposed to some sort of strange spores in the ground from winter.  YUCK !  I have been sitting next to these pretty babies for weeks making sure they are taken care of and not chewing or injuring themselves.  Dogs always find a way to get around the E-collar or take the opportunity to chew when you look the other way.  They are just like kids! LOL

So, with all that excitement ending, I have just filmed the May Flower of the Month and it should be uploaded soon once the editing is completed.  I also have a new Card Kit to show you from The Stamps of Life.  I am also super excited about the fact that I will be attending our local scrapbooking Mega Meet this weekend.  I think I will do a small vlog about that for you guys.  It should be a fun time browsing the latest products in the scrapbooking world.  Rumor has it that Tim Holtz is stopping by the Stampers Anonymous booth 🙂  I love watching him demo!

Take care everyone and thanks for hanging in here waiting for my return.  Seems like forever since I’ve been crafting.

This site uses Akismet to reduce spam. Learn how your comment data is processed. 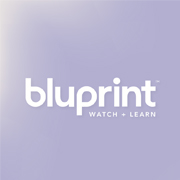